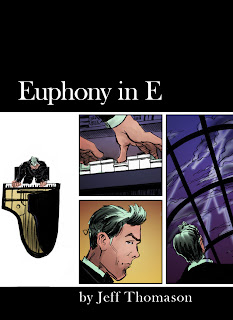 Recently I've read articles about the growth of digital comics and people wondering if they will replace print comics. While there has been growth, it has been very slow, much slower than music, movies, or even books. I've even written articles on it myself on Examiner.com. While I am a huge fan of eBooks and think they will replace the majority of books with print shrinking to more of a specialty gift market, I'm not sure the same will happen with digital comics for several reasons.

I think people like printed comics better than digital comics. I know I do. They look better printed on paper and are easier to read. Comics were meant to be large with the words and details of the art nearly impossible to see on a small screen or a computer screen. Print also has resell value and is more collectable. But there are a couple of serious problems with print.

3) Comics take up a lot of physical space, whereas digital comics don't. For a lot of people, space is a premium. 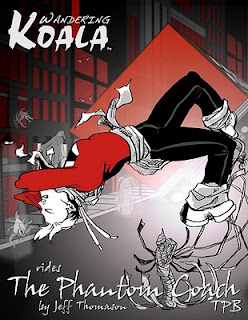 Honestly, I think cost along with low quality stories and art will kill print comics unless they do something different with the format to provide more value. Here are a few of my suggestions:

1) Double the length of comics. Twenty-two pages is honestly the wrong length for a good story. It's too long for a quick yarn, and way to short for a story with any real development.

2) Increase the size to magazine size. Big artwork is cool (check out the DC Absolute Editions or the Spawn Deluxe Collections), and comics need a new infusion of cool with all the competition they're facing from movies, video games, and gadgets. Also, the small artwork on smart phones, eReaders, and computer screens wouldn't have a chance to compete. I personally love this size and have a lot of comics in it.

3) Put them out bi-monthly. Having a new story every month I think takes too much of a toll on writers and artists. They put out subpar work as a result, and a lot of readers stop reading as a result.

Most likely the comic industry won't take any of these suggestions or do anything differently. They'll just continue to milk their current fans without attracting many new fans and slowly go the way of the nickelodeon. Of course, that will open the door for new people to enter the market, so maybe it's not such a bad thing.