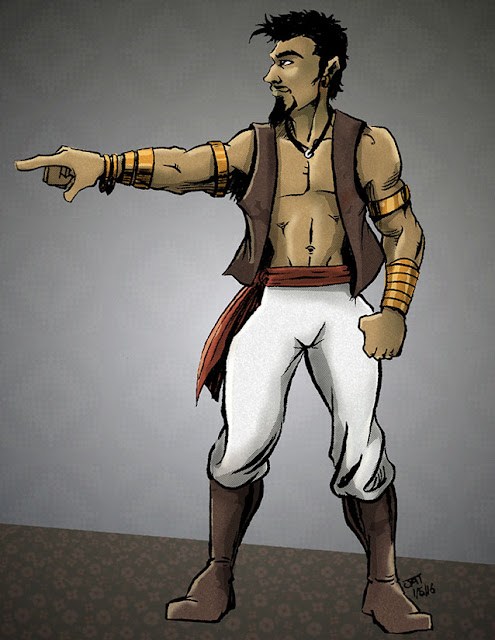 Here is a sketch I did with a Japanese Brush Pen and colored in Corel Painter. I just love the painterly quality and hand painted feel you can only achieve in Painter -- or by painting the thing traditionally.

New Sketches for a New Year 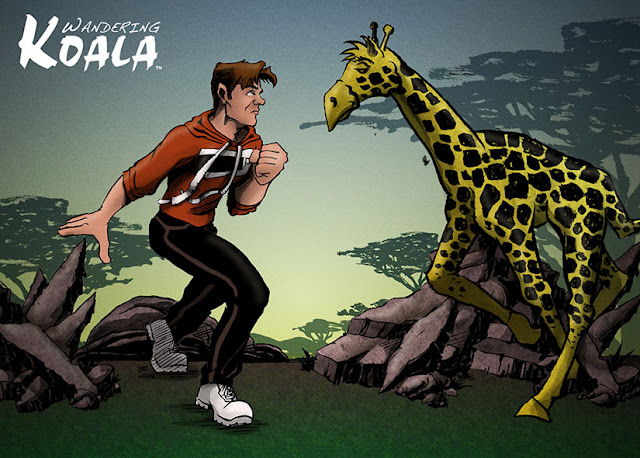 
I thought I'd start off the New Year with some new sketches. These were all done in pursuit of a permanent style for my upcoming Wandering Koala web comic. I've made a couple attempts at it with a couple of different blogs, but neither of them excited me like I wanted them to, so here's hoping third time is the charm.

The sketch above was actually done on New Year's Day. I drew it with a Japanese Brush Pen and then colored it in both Adobe Photoshop and Corel Painter. I've tried a lot of different programs, but nothing gives you a truly painterly feel like Corel Painter. Adobe keeps trying, but it still looks and feels so digital, which isn't a bad thing, it's just not what I'm going for. 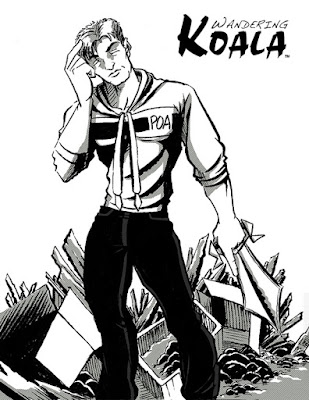 These next two sketches were drawn in what I call my "combo brush". Basically I ink the figure with a Zebra disposable brush pen and then go over it with my Japanese Brush Pen to give it texture and grit. The background was also inked with the brush pen. I used a pattern effect in Photoshop to tone the image. I know it's retro, but there is something I just love about those thin mechanically-produced hatching lines. The color version was colored in Adobe Photoshop. I'm thinking of running it thru Corel Painter like the illustration above to make it look more painterly. While I approached both illustrations with the same basic technique, there is something so much more "painterly" about the above illustration. 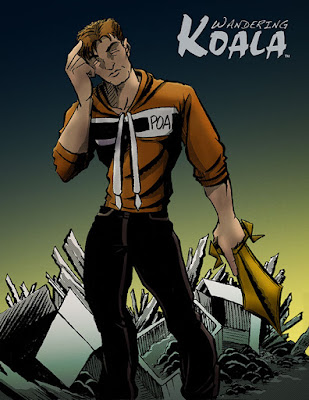