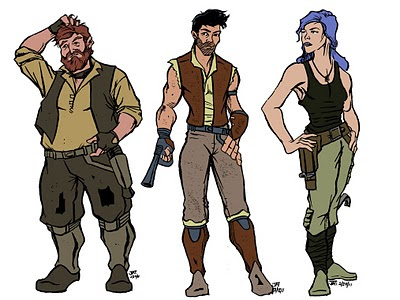 So Matt, the creater of Jak Phoenix, liked the drawings I did so much, he wanted more. And I was glad to draw more. I've been interested in this kind of space opera style scifi for a while and have wanted to do something in this style, but I never had a good reason for it. Until now.

The characters were again drawn with a brush dipped in Sumi ink on Strathmore Drawing Paper (the yellow cover), then scanned into my iMac on a Canoscan printer, and digitally colored in Corel Painter X. I really liked the end result. This may be the process I use for all my art for a while. 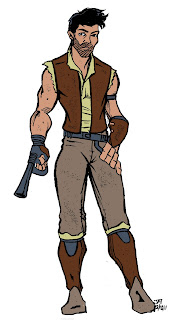 It's been a while since I've put up a character sketch, so I thought I'd put one up. This one was commissioned by Matt Williams, the author of Jak Phoenix, a fun space opera available from Smashwords.com and other fine retailers. Matt has even released a short story that is currently free so you can check out his universe.

I tried something a little different for this one. I used my usual brush and Sumi ink, but instead of drawing it in my sketchbook, I used Strathmore 70lb Drawing Paper which gave me a cleaner line than the sketch paper. I like a textured line, but the one I've been getting was a little too rough. This one was much cleaner while still having some character. I had a few sheets left over from drawing One Thing Right by Colin Shanafelt, a children's storybook which should be released in the next couple of months. I colored these sketches (and One Thing Right) with Corel Painter X on my iMac. I'm really happy with how it turned out. 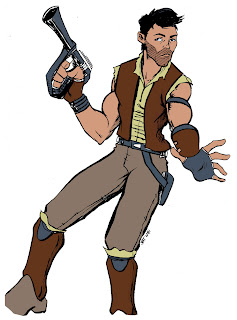 I'm not sure if Matt is though.