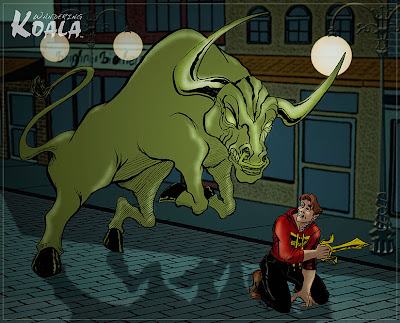 Just before Christmas I published a new illustrated novella titled "The Green Bull (a Wandering Koala tale)" and made it exclusive to the Amazon Kindle to take advantage of their lending and free days. I thought it would be a good way to promote my work and get my book in the hands of more readers.

The 90 days are up and I am now publishing it to all formats. I think this will get the story into more hands.

What's it about? Here's a brief description:
------------------
Kinghorn never expected to see a murdered co-worker's body tied to the blade of a windmill he helped have built. He is even more shocked to learn his best friend is the prime suspect!

The case appears open and shut on the surface—but dark secrets never stay buried. Can Kinghorn deal with the truth behind the man he worships and the cause he's given everything to support? What price will he pay for his loyalty? And what will it cost the city around him? Can even the intervention of the Wandering Koala solve the riddle of the Green Bull?

The title refers to both the idol the cult worships and the fact that the whole green movement is a pile of -- I think you get the idea.

Preserving the environment? Good idea, I'm all for it.

Going Green ie. turning into an irrational madman who sacrifices everything else for measures that don't actually help preserve the environment (CFL bulbs, windmills, cap and trade, electric cars, Al Gore)? Not a good idea. In fact, a very bad idea. But so many people have drunk the Kool-Aid. And they proudly announce the fact to the world.

Read the book. It's an exciting murder mystery with many good messages: https://www.smashwords.com/books/view/298256
No comments: 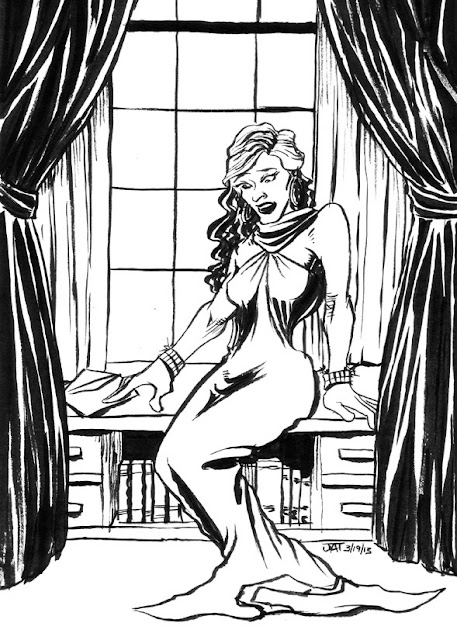 A single illustration has the ability to tell an entire tale and has been used since the dawn or history to do so. Whether drawn for children or adults, images speak a universal language that all can understand. The right drawing will jump out and grab you by the throat—but in a good way.

Black & white illustrations are the clearest and most direct intimately drawing the viewer in in a way color can’t. Some artists have compared it to type—black letters on white paper—claiming it has the same clarity as words. I certainly find myself getting draw into (pun intended) a story more white black and white images that were meant to stand alone without color. I do plan to do a color version of the above image. I'll post it when I do and you can compare.

The drawing above was sketched with a Staedtler Mars Lumograph 2B pencil and inked with a #8 brush dipped in Sumi ink.

Drawing with a stick 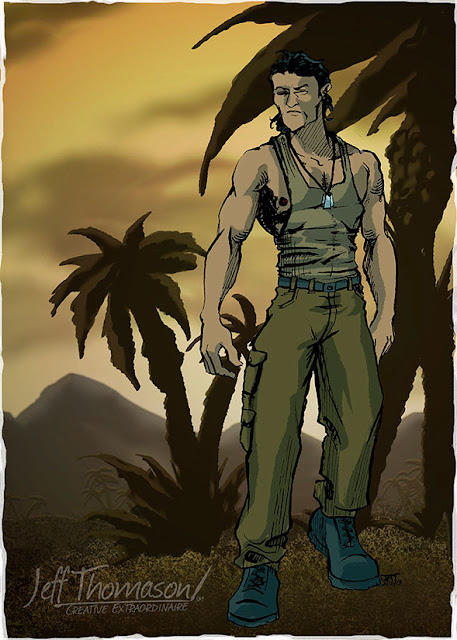 In my never ending quest to find just the right line quality, I've gone back to a method I discovered in art school but have done little with since. One of our assignments in Illustrative Drawing was to go outside, find a stick, and then come back inside and draw a costumed model with it (yes, with a stick). It was probably the best drawing I did the whole class. I decided to try it again to see how it compared with the digital work and calligraphy work I've been doing. I drew this image with a Staedtler mars Lumograph 2B pencil, inked it with a stick dipped in sumi ink, and then colored it in Corel Painter.

To the right is the original linework. I'm always amazed at the different line quality one can get with different tools. I've been wanting a line quality that had some grit. While I think this is a cool drawing, there's still something about the digital line that compels me.

I've been building websites for over a decade now. The web has changed a lot, and yet somethings stay the same.

jQuery is one of those.

I just finished a fairly thorough tutorial along with several practical examples. A lot of the things you can do with jQuery are the same kind of things people have been doing on the web for years. jQuery makes some of them quicker, and it makes some of them less compatible than the old way.

While looking at examples of Web 2.0 (or html5 or dynamic html or whatever name people will be using tomorrow), I'm reminded of a comment I read on the web six or seven years ago: Web 2.0 is the Flash of the future. Flash came our around the turn of the millennium. It's big draw was offering great motion, animation, and sound that could be sent over the Internet and viewed consistently on several browsers. Sites built with it looked pretty cool.

But there were issues.

For one, search engines couldn't properly index the sites which led to some awkward workarounds.

Another problem was time it took to load. One had to wait for the entire site to load to view it. Some people started building sites modularly which helped.

Another problem was all that sound, animation, and motion became gratuitous--they didn't really add to the site or make it more useful. A lot of people abandoned their Flash sites like they were landing pages and went back to the "old" way. This was helpful when Apple decided to not support Flash and move to a new set of technologies that others have followed.

Today html5 offers the same types of gratuitous decorations. And people are jumping on the band wagon left and right. But do these really add value?

Some of them do. Sorting my queue in Netflix by dragging instead of typing numbers is much nicer. DeviantArt's ability to drag an image in is slicker than using the browse button. I'm all for new technologies that are well supported and improve the user experience.

I just wish people would stop there.
No comments: 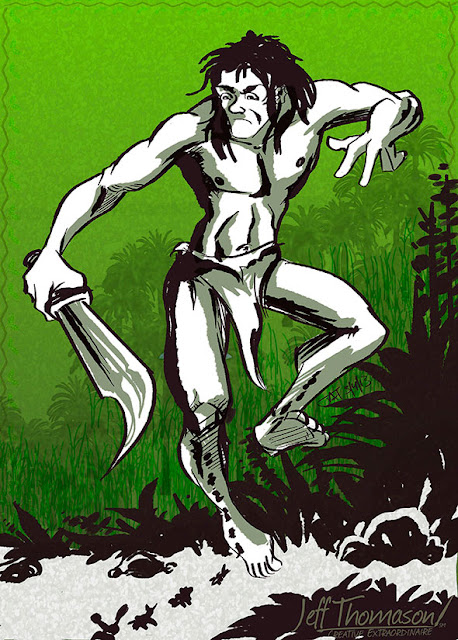 I'm really enjoying this current style. It's unique. It looks cool. It's minimalist. And it's so expressive. All things I love about art. I can't wait to create a published work using it.

As always, this was created in Corel Painter.

Just because you can doesn't mean you should 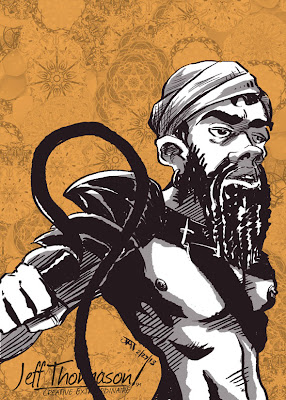 If you haven't guessed by now,  I'm a big fan of using Technology in Art. I wouldn't have a career if the two didn't go together so well. One of the great things about digital are all the possibilities. But that's also one of the worst parts of digital--too many options.

Many people have the idea that just because you can do something, you should. That's not just a bad idea in art (look at the numerous illustrations where every effect in Photoshop was used or current comics that look more like a kaleidoscope--yeah Savage Dragon, I'm pointing a finger at you), but in life. Too many people have the wrong idea that self-control and restraint is bad and somehow limits freedom. It's not and it doesn't. It actually gives you more freedom. Self-censorship is good.

In the illustration above, you'll notice I only used two colors (three if you count the paper), orange and Vandyke Brown. I also only used three brushes. That is a very limited palette, and yet look at the results! Good design is making a clear statement that's attractive. Great design is saying the most with the least. I'm a minimalist and heart and that's what I try to do, although sometimes I get scared and add more than I need to.

I love the style of this illustration and want to explore more with it. I hope you like it to. Leave a comment and let me know.
No comments: