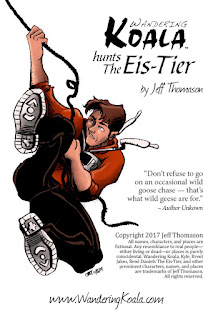 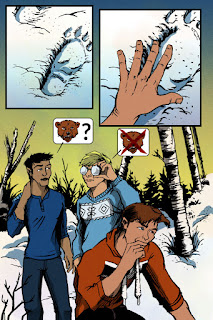 Today begins a new story, Wandering Koala hunts The Eis-Tier. A new, full-color page will be posted three times a week at WanderingKoala.com. Check it out!
No comments: 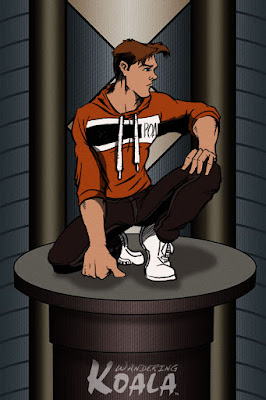 One of the reasons I love science fiction is the amazing visuals, both costumes and scenery. Because science fiction is so imaginative, artists and designers have pretty much free reign on creating the worlds and characters whether they appear on this planet or on the other side of the galaxy, especially when the Japanese get their hands on it. Even time period is flexible in science fiction.

In early days of science fiction movies, models were used to create the amazing worlds. Movies such as Metropolis and the Flash Gordon serials created stunning worlds for the characters to explore. Some still hold up pretty well today. With the advent of computer-generated imagery, the limits have been pushed back even further, although some would argue essential elements have been lost. Take the original Star Wars trilogy and compare it to the prequel trilogy. The original had a sense of grit and wear from a world that was actually inhabited. In the prequel trilogy, everything is so neat and clean, even on worlds that should be more beat up. Is this a limitation of the technology or merely a problem of mindset for the designers?

Costumes are still made by hand, but with new 3-D printing technology, even more possibilities can be realized. According to Forbes, companies such as Hot Pop Factory are printing jewelry, retailers such as New Balance are printing shoes, and designers such as Ron Arab are printing sunglasses. This new technology allows designers to create works that aren’t possible with traditional materials. One can only imagine what new looks will fill our science fiction films in the coming years.

This illustration is a pose I’ve been wanting to draw for a while with a scifi/art deco inspired background that I’ve been playing with created in Adobe Photoshop. I’m still not sure about the inking technique with a Japanese brush pen on the figure, but the background feels pretty solid.
I’m still working on the daily adventure strip that will be debuting soon. I have most of the first act written. Keep your eyes peeled!
No comments: