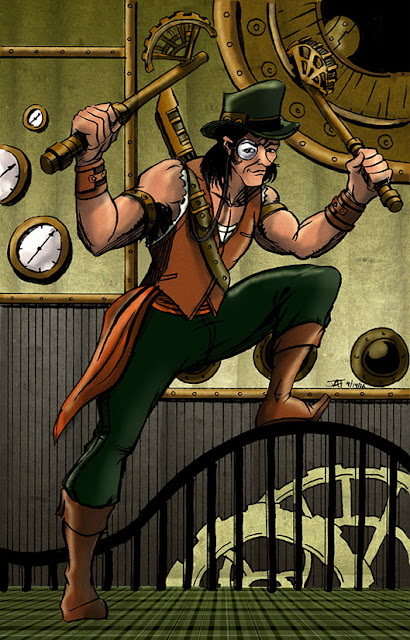 I'm currently reading (actually listening to the Audible version) a new book by Neil Gaiman called The View from the Cheap Seats. It's a collection of introductions, speeches, and other nonfiction essays that were either published or delivered previously. At first that sounds like a really weird idea for a book and a pretty cheap way to get paid twice for the same work. But it's actually a pretty clever idea.

First, let me say that I am not a Neil Gaiman fan when it comes to fiction. I've read very little of his work, but everything I have read has left me unimpressed and uninterested. That just isn't my kind of fiction.

But I AM a Neil Gaiman fan when it comes to nonfiction. Whenever I see an interview online or an interview or an essay or some other glimpse into his mind, I always make it a point to watch/listen/read it, and most of the time I am thoroughly enthralled. Is that weird that I like one kind of his writing but not another kind? And it's not just his. There are other writers who I feel the same way about. And then there are writers whose fiction and nonfiction I really enjoy. I can't explain it.

But back to the book. Most of the events the speeches were delivered at, the books the introductions were written for, and the websites the interviews were published at I would probably never read/visit/hear, so having all of these collected into one book is a real treasure, because I get dessert without having to eat the nasty main course first. (I don't do this will actual food--usually.)

In one of his essays, he discusses genre and gives a really good answer. He says genre is something that helps a reader find something he wants by telling him what something isn't and pointing him away from things he probably isn't interested in. He uses the shelves of a bookstore with books located in sections. There are a lot of books in a bookstore, and one can get lost and not find what one is looking for without help. A reader who is looking for a space adventure doesn't need to waste time looking in the cookbook section, because he won't find any space adventures amongst all the recipes. (Of course, Neil explains it much better than I am.)

I've always thought of genre as a snobby term for category or type, and it is used that way a lot. I've also felt genre was too limiting telling an author what a story can and can't be, which sometimes is helpful to keep the story cohesive and coherent, but other times is too limiting. I've read a lot of science fiction that was equally a mystery or thriller or romance or some other "unrelated" genre. Growing up, my favorite shows were those that ignored the boundaries of genre and offered you a serving of everything on each plate (episode) such as SuperFriends, Jonny Quest, G.I. Joe, He-Man, and M.A.S.K., just to name a few. I found shows that are locked strictly into their genre to be a little boring and predictable.

But not everyone shares my opinion. A lot of people want their stories to be very constrained and get upset when an element from another genre creeps in. A novel I published a few years ago received a review on YouTube criticizing the book for being all over the place. The reviewer wasn't sure what kind of book it was nor who it was written for. The answer is obvious: I wrote it for me. That's the kind of fiction I like. That's the kind of fiction I buy.

So what does this have to do with the illustration above? I'm glad you asked!

I recently discovered a musician named Lindsey Stirling. She mixes classical music with techno, much like I do. Mmmm, a musician after my own heart. In one of the videos (shown below) she features dancing pirates. This reminded me of a WW Denslow illustration from Father Goose with pirates and dancing sailors. I decided to do my own take on this idea. As I worked on it, it slowly morphed into a Steampunk illustration. I'm not a big fan of steampunk, but while looking for inspiration and reference material, I stumbled across the fact that Steampunk, a genre, has been broken into over a dozen subgenres like Teslapunk. Who knew? It's amazing that something that seems so narrow and niche can be further subdivided, and yet, like Neil Gaiman said, it's wonderful because it helps me quickly eliminate those works I'm not interested in. And it presents me with many I might be interested in that I might otherwise overlook due to the sheer number of options.

Anyway, enjoy the illustration above, and enjoy the video of Lindsey and her dancing pirates below.