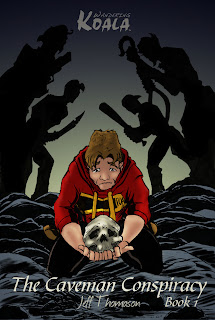 I feel like I've been working on this forever, although it's only been a few months. I wanted to find the perfect form for telling stories. I noticed some times of scenes and sequences worked better as text, some worked better as images, and some worked better with a combination of both. Traditional prose, novels, short stories, and novellas are perfect for the first type of scenes, and comic books are perfect for the second and third type. But what about stories with all three? Almost every story has them. I also wondered what the images should look like--should they be black and white line art, should they have tones, should they have color? 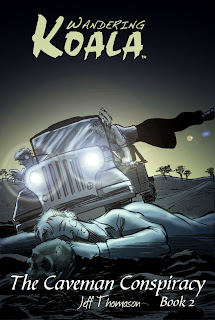 So I set out to create a form that was flexible enough to handle all three. And I did it with a story I've been kicking around in my head for a while--a murder mystery, scientific conspiracy thriller that makes you question what you think you know. I also tried a new style for the art work. I used a Zig Calligraphy pen to ink the drawings (I love how it traces form) and a free set of textures I found online for anyone to use. It made rendering them so fast and led to my "raw umber" style I've used in a couple of illustrations.

Publishing this also presented an interesting challenge because of the unique layout. So I decided to publish it as a series of images. This meant the file size was too big for one book, so I split it into two and made the first part free. I posted it online for all to read and enjoy and, hopefully, entice to buy part two.

Was I successful? You'll have to tell me. Will I continue writing stories in this format? We'll see.

Go to http://www.wanderingkoala.com/s_caveman.php and check it out! And then go buy a copy of part two. 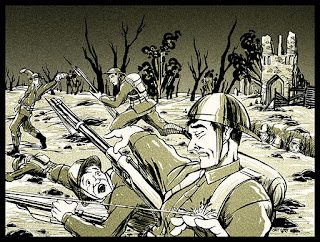 It's funny. In grade school whenever a holiday came around we would spend time discussing it, its origins, how to celebrate it, and many times read a book or listen to a story.

But we never did for Veterans Day.

In fact, I don't think I really even had heard of Veterans Day or knew what it was until I worked at an evil bank in Arizona. It was one of those "banking holidays" we got off for but no one else did.

I was curious; why is there a Veterans Day and a Memorial Day? What was the difference? Why do we have both? I love Memorial Day, so why didn't I celebrate Veterans Day?

I learned Veterans Day was established for World War I, once called the Great War but now is largely a forgotten war because of the second World War. Being a fan of Silent Films and Pulp Fiction, I've recently been learning a lot about World War I, because that was the Great War constantly referred to in both. I've also recently realized who the Red Baron Snoopy is always chasing in Peanuts is. The movie Flyboys is one of the few modern movies about that era. It's a great flick to catch if you get the chance.

So I've decided to celebrate Veterans Day, and I'm starting with this illustration in my new Raw Umber style (previously called Burnt Umber) named after a beautiful color I use for yellow in my watercolors. I drew it with a 2B Staedlter pencil, then inked it with a Pigma Brush Pen and Zip Writer felt-tipped marker. I scanned it with a Canoscan Lide and digitally toned it in Adobe Photoshop CS. Then a layer of tinting and wallah! The masterpiece is finished and online for all to enjoy. It is the second illustration in this style, and I am very pleased with it.

Please leave a comment and let me know what you think!
No comments:

Raw Umber: An Evening by Gaslight 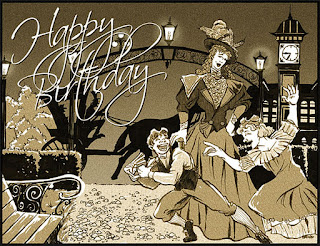 I like to make birthday cards, Christmas cards, Mother's Day cards, and more. This year I made one based on a Victorian theme. The arch is from the gaslight road in Yokohama, Japan, a place I just got back from.

I'm always trying new things, experimenting with different styles. This is my latest attempt at trying something new. The background objects were drawn with a Zig Writer felt-tipped pen while the characters were inked with a crowquil pen and india ink. The colors and textures were done in Adobe Photoshop using a set of textures I found online for anyone to use.

I really like the way this turned out. The color, the texture, the line quality, the composition--it's everything I could hope it to be. I plan to do several more illustrations in this style. Be sure to comment with your thoughts.
No comments: