For decades I've wanted to create a Cully Koala animated cartoon. The  I never thought I'd be able to because of technical limitations. But technology has exploded, and anyone can create beautiful animation  (they just need to know how).
Cully was originally conceived as an animated character. I used to watch and love Peanuts and Garfield cartoons. I thought they were animated cartoon characters; I didn't realize they started out in comic strips in the newspapers. When I created Cully, I wanted him to be like a Mickey Mouse, Snoopy, Garfield, etc. I didn't have anyway to animate him, so I followed the examples of Charles Schultz and Jim Davis and created a comic strip. Once I discovered Calvin & Hobbes, Cully took on a whole new dimension. But I still wasn't completely satisfied.
Then I discovered Richie Rich and Archie comics, and created a Cully comic book of my own. The characters worked much better in the longer format. I thought maybe comic books would be a doable outlet. But it lacked something.
A few years ago I took a graduate class in animation and discovered a way to animate with Apple's iLife. I created a really cool short, but it was so much work that I knew that route wasn't viable. There had to be a way to let technology do the grunt work while I concentrated on the creative side.
Enter Anime Studio Pro. I've been considering this program for a while, and even downloaded the demo to try it out, but I'd never had the results I wanted. I was about to give up and go back to drawing cartoons by hand, but I said to myself, "Self, you've got to push thru. You've got ideas, and this program can make them happen."
And it did.
Let me know what you think!
No comments:

You've probably noticed I've been pretty quiet on this blog. Why, you ask? I've been working on an animation project. It should be finished soon. until then, enjoy my latest character sketch: 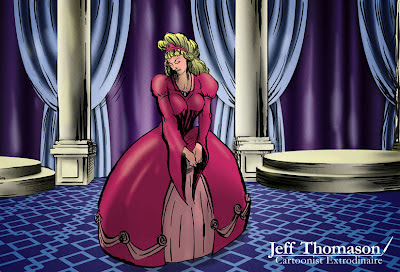 This was inspired by Princess Knight by the great Osamu Tezuka, a graphic novel that was recently released in English and I just finished reading. The story itself was kind of a mess, but the drawings were really nice. The style was more early-Tezuka then late-Tezuka. There was a strong influence from Disney cartoons.

This was drawn in Corel Painter X with the background rendered in Adobe Photoshop with Painter texture drawn on top. Overall it turned out well, but I don't think it's a style I will keep exploring.

Stay tuned for the upcoming animation. Here is a sneak peek: 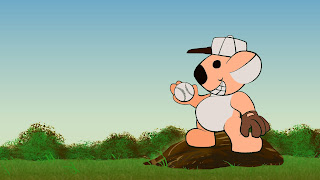