To Color, or Not to Color -- THAT is the Real Question 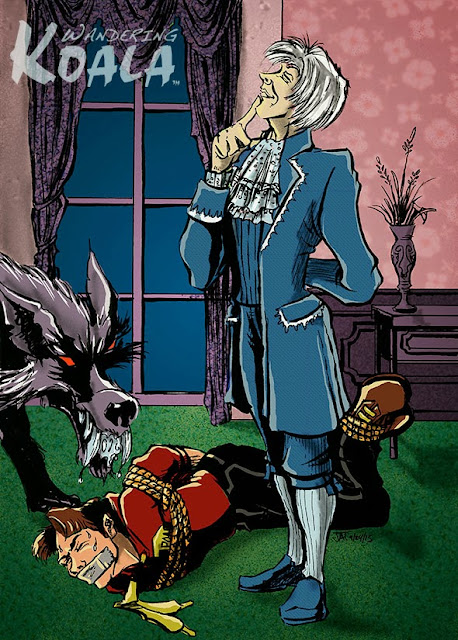 In the late 19th Century thru the early 20th Century, printing technology was developing rapidly. In England, printing advanced more quickly than in the US which led to the rise of the Illustrated Children's Book with charming stories and magnificent illustrations. Color soon followed making the children's books even more wondrous. Maybe you've heard of Alice in Wonderland, Winnie the Pooh, Peter Rabbit, the Wind in the Willows, or the Wizard of Oz? All of these "classics" were made possible by printing technology and brilliant craftsman on the illustrator's part of make the most of the day's technology. The usual method was to draw the illustration with a black line, then carve that into a plate and add color shapes on a separate pass. Eventually the technology reached the point where the illustrator could create the entire image in color and then reproduce it.

Of course, this wasn't the beginning of creating an image with a black line and then coloring it in. Early Christian and Muslim illuminated texts from the first few centuries AD used this method. And before that, artists used this method to record their hunts on cave walls. Today the method is popular with cartoons, comics, graphic novels, and digital illustration. The term 'cartoon' actually referred to the outline created by Renaissance artists creating frescos who first sketched the image with a pencil before applying watercolors over it covering up the sketch. But they didn't invent the method, just coined a cool word from it.

I've always enjoyed black line work colored in. I'm not sure why. Maybe it's because that's what I've grown up with. Maybe it's because a black line clearly defines an object. Maybe I just like abstraction. Who knows? But it's something I've never been able to get away from, even during my watering color days when I tried for a more photorealistic approach. There were times I'd take a 'finished' watercolor (as if any work of art is ever finished), and add black lines around the figures with a paintbrush.

The above illustration is a black and white line drawing that I've colored in Corel Painter. The line work is below. I really like the black & white version, but I'm also digging the colored version. You'll notice I added a lot more texture and lighting effects than usual to give it a more painterly feel and modern finish. 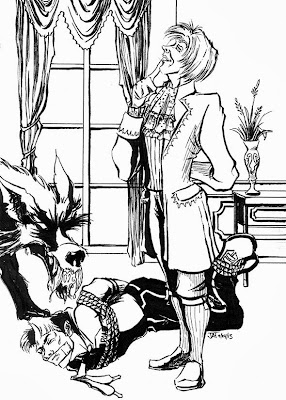