An Illustrator who Designs or a Designer who Illustrates

At the time I was an illustration major. I had been a graphic design major the first semester but quickly switched. So of course my answer was an Illustrator who designed. Being a graphic designer was considered a fallback for those who wanted to be creative and create art but couldn't. 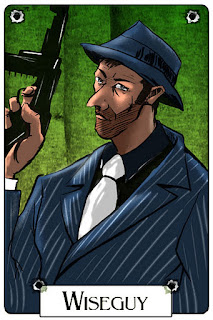 Looking over my work, I realized that the compositions I approached as a design turned out infinitely better than those I approached as an illustrator. I've also come to realize that design is just as much art as oil painting landscapes. The stigma wasn't from the discipline but the people who pursued it and the reason they chose to do so. Most graphic designers I know are frustrated artists--they chose graphic design because they couldn't do any other type of art but wanted to. My reasons were I stumbled into it accidentally and then discovered web design was art plus technology just like animation was, and art plus technology were two of my passions that go together amazingly well.