A Brief History of Power - The first version of the prologue 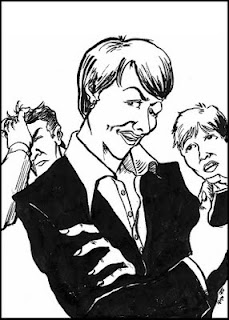 So my new novel is out. I wrote three prologues for it. In a previous post I shared the second version. Here is the first. The picture is from the novel. (As if you couldn't figure that out.) Enjoy!

A Brief History of Power

Man has always needed to work and perform other tasks and that has always required power. That power has come in many forms, and each had its advantages and disadvantages, but each allowed him to accomplish what he needed to do.

From the beginning of recorded history, the world has relied on manpower and horsepower (or some other beast of burden) to plow fields, transport people and products, and more. It didn’t take long before man harnessed the power of wind and water to help with these labors such as using windmills and waterwheels to grind grain or push a ship with a sail.
But these forms of energy had severe limitations. People and animals can work only so hard until they need rest, and the only way to quickly add more power is to add more people or animals. To utilize waterpower, you must be next to a river, and there are only so many sites good for that. Wind is even worse because of its low capacity and inconsistency—you never know when it will blow or if it’ll blow hard enough—leaving many a crew stuck at sea. Sailing vessels today have other means of propulsion because of this with the sail used more for fun than as the principle drive.
In addition to the severe limitations, all of these forms carried serious disadvantages. People and animals require a lot of inputs such as food and medical attention, and they produce not so good outputs (you know what I’m talking about). These problems are best described by the great horse manure crisis.
In the eighteen and nineteenth centuries, several large cities faced a critical problem: the larger they grew, the more horses they needed to function, and more horses meant more manure. (A typical horse can produce between 15 and 35 pounds of manure per day.) In addition, these horses had to be fed and stabled taking up land and food so it couldn’t be used for people. Houses were built with a second story entrance because the piles in the streets were so high. Air quality suffered. Flies swarmed attracted to the waste. When the waste dried up, it became airborne and got into everything. (Stephen Davies, The Great Horse-Manure Crisis of 1894, THE FREEMAN | IDEAS ON LIBERTY, September 2004, Vol. 54/Issue 7)
Then a wonderful new liquid was discovered in Texas that solved all these problems, but we’ll get to that later.

Industrialization brought steam power and machinery to augment and eventually replace the grunt work of people and animals. Men were no longer at the mercy of the wind as sails were replaced by the superior steam engine that could run whenever the occupants needed it to. Machinery made people more efficient at tasks such as producing clothing and other good at an exponential rate until the people were eventually phased out. Of course, steam still had its limitations—horses could outrun it leading to several great train robberies.
Steam engines were traditionally fueled by coal. Coal was (and still is) cheap and plentiful making it an attractive power source. But like anything attractive, this rose had its thorns. Mining it has caused severe health problems and death (many people argue that the industry and jobs is provided were worth it).
Coal also emits pollution into the air negatively affecting air quality and covering buildings and plants in soot. The story of the peppered moths is a good illustration of this.
Originally most peppered moths were light and blended in with the light-colored trees and lichens on the trees. The high levels of pollution caused many of the lichen to die out and blackened the trees with soot, making the moths easy to spot by predators, which nearly wiped them out. At the same time, the dark-colored moths flourished because of their ability to hide on the darkened trees. Eventually technology brought cleaner air and the light-colored peppered moths have made a comeback. (Ken Miller, The Peppered Moth - An Update, August 1999)
Whale oil was also a popular source of fuel, but the demand grew so great the whale population found itself reaching critically low numbers until a new source of energy came into use, the same one that solved the horse manure crisis: Texas gold!

In the twentieth century petroleum was discovered in Texas and quickly replaced steam and horses as the principal form of transportation and whale oil for light. This was a huge boon, because the streets were no longer littered with manure and air no longer fouled by its stench. The food supply was no longer in danger of being devoured by the energy supply. And whales were no longer threatened with extinction. Like coal, oil was (and still is) cheap and plentiful with many of the same disadvantages. (If the cheap part makes you stop and say ‘Now wait a minute, oil isn’t cheap’ realize the supply is artificially manipulated by cartels such as OPEC and traded as a commodity, both practices artificially raising the price well above the price a free market would produce).
The atom was split in the 1940s, opening up a new and virtually unlimited source of power. Unfortunately, the world was introduced to this advance via two bombs and research has been hampered ever since by fear. Today atomic power is used to boil water to spin a turbine in both stationary sources (nuclear power plants) and mobile sources (atomic submarines) an incredibly inefficient method. If we could harness the power of the atom directly, electricity might very well become too cheap to meter.
Nuclear power is one of the cheapest and cleanest forms of power currently available, but it also has a downside: it generates a small amount of radioactive waste. The waste can be reprocessed with around 90% being reused leaving little to be stored, but because reprocessing is also the process used to create weapons the US banned it in 1976. Now all spent fuel must be stored, but no one wants to store it.
Solar power has always been the main source of power on this planet, but until the twentieth century only plants could utilize it directly with humans and animals having to tap it indirectly thru digestion. But solar panels were developed which allow us to convert the sun’s rays into electricity. Currently they are inefficient, expensive, and only economically feasible for powering pocket calculators and signs at the side of the road. And like every other source of energy, they do produce pollution—heat pollution. But some day—decades, maybe even a century in the future—solar could become a viable source of energy. It’s kept the Earth running so far.
Wind and water also saw resurgence as dams were built all over the country providing the cheapest source of electricity in existence. (Google likes to build their data centers in areas using hydroelectric power to take advantage of the low rates.)
The two main disadvantages of hydroelectric are 1) there are only a finite number of sites good for building dams and most of them have been taken, and 2) the dam permanently alters the river’s ecosystem.
Man has also tried harnessing the wind to generate electricity. Because windmills require no inputs they should, in theory, provide very cheap electricity with no waste, but transporting parts, constructing wind farms, and maintaining them is very expensive and only feasible because of large government subsidies and tax breaks. They also create severe environmental problems—each part requires its own big rig to haul it in, they attract birds and their associated waste, they chop up birds, and they destroy the view for miles around hurting everyone. Windmills are also very inefficient and rely on the unreliable wind, which can’t be turned on when needed. All of this makes wind a political fad and not a viable, long-term solution.
Food as a source of fuel also saw a renaissance in the form of biofuels which claim to be cheaper to make and produce less pollution, but they have caused food prices to rise and studies cast doubt on the pollution claims.

You’ve probably heard a lot of talk about an energy crisis recently, but that is nothing new and nothing unique to our time. In the 1970s the country was in a panic with the same worries we face today, but, again, it wasn’t new for then either.
An energy crisis stems not from having too little power—the world has the ability to produce more energy than it could possibly use: nuclear power is virtually unlimited, enough oil exists in the Earth’s crust to last us centuries at our current levels of use with reckless abandon, and hydroelectric power continues to be a cheap and high capacity producer.
No, the problem stems from certain parties being unwilling to use what we already have (kind of like a spoiled child who wants a new toy even though their bedroom is filled with toys). They demand we only use sources of energy that are unlimited, renewable, nonpolluting, and cheap: in a word, a unicorn—a mythical creature that has never existed and never will exist. From the days of manpower and horsepower to today, energy has always had a cost (money, labor, land) and produced negative by-products (pollution and death), and it always will. Even the sun causes skin cancer.
Power has a price, and if we want to turn on our lights, watch the latest movie, listen to our favorite music, surf the Internet, or text our friends, we have to be willing to pay that price. While we should seek to minimize the unavoidable pollution and death, society will have to accept and live with a certain level of both. It is unavoidable.
The only other option is to live in a dark cave and walk everywhere in bare feet while eating raw vegetables, because lighting a fire will cause pollution and possible death.