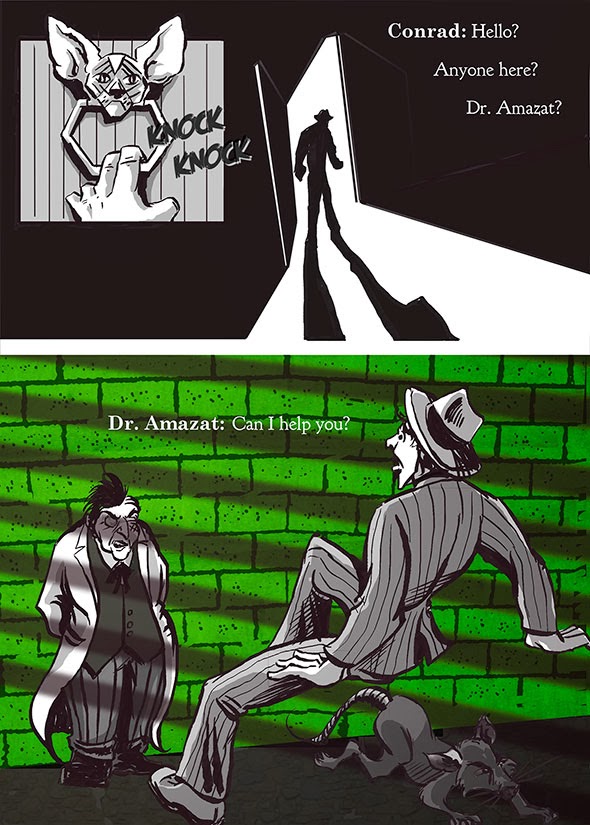 Mark Twain once said something to the effect that the difference between the right word and almost the right word is a big one. I believe the same is true for color.

I've created numerous sketches and works of art in black and white with one color, and some have been very successful while others fell flat on their face. A large part of the success/failure was the color I chose. Some colors really do have the ability to stand on their own and make a work feel complete, while others just don't. I'm still not sure what the difference is, but I've noticed colors that are mid to mid-dark and have high intensity seem to do better than light or dark colors and muted tones. I've also noticed the primaries seem to work better than the secondaries or some intermediate mix. (Before you say anything, green is a primary for light.)

When I started Wandering Koala Digest 3, I was pretty sure I wanted to to be green to complete the primaries (the first one was red and the second blue). I wasn't sure of the green, but I thought something in the ectoplasmic family would be good, and it was. The page above really looks like it's colored, even though there are only 4 colors (5 if you count the white paper). It's amazing how the addition of just one color turns a black & white comic into what could be considered full color.

I hope you like my latest efforts. Let me know!