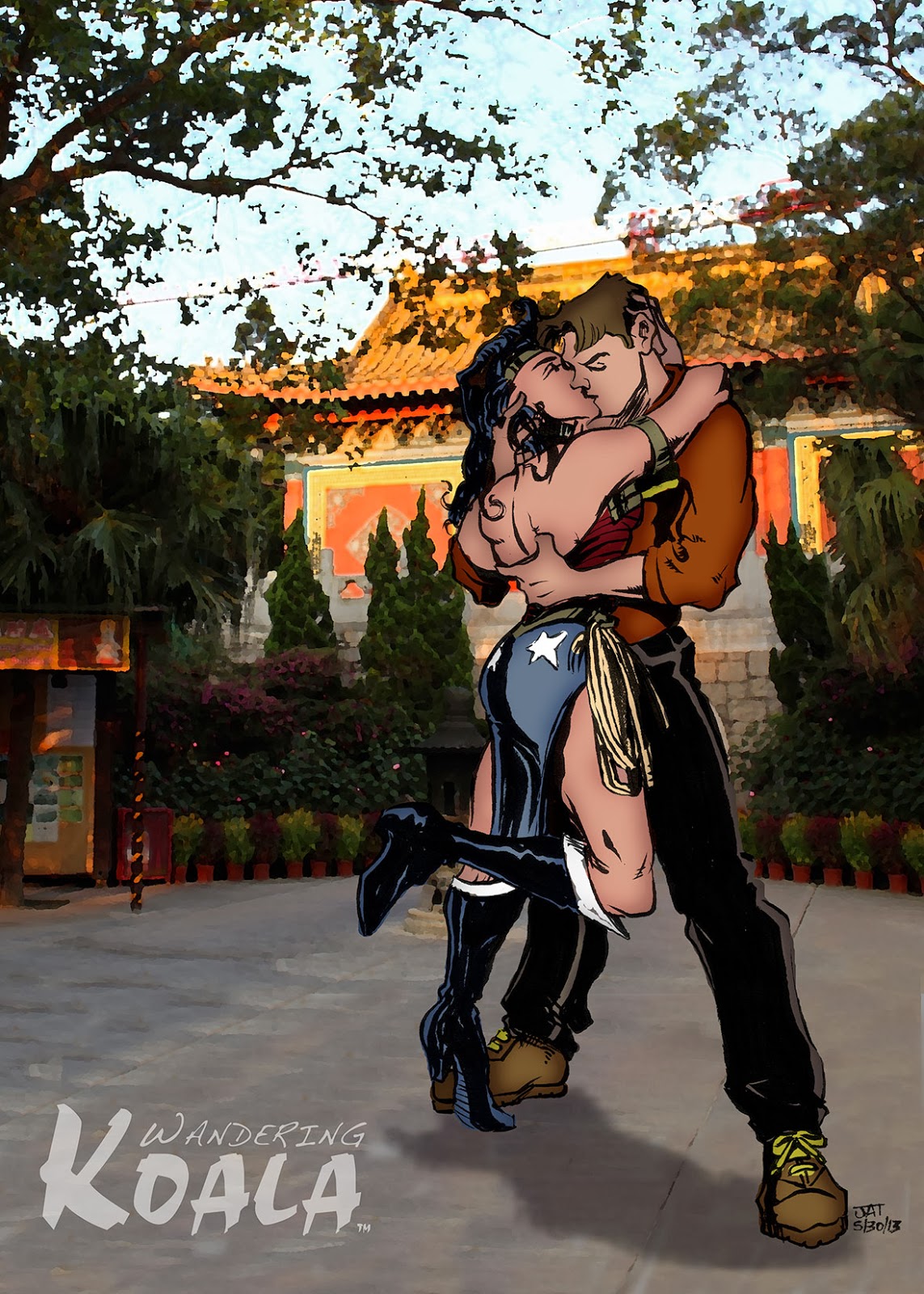 One thing that makes the Marvel Universe so much fun is how easily and how often characters in one book will crossover into another. In the DC Universe that's always been a lot more rare. Probably why I enjoyed (and still do) SuperFriends so much.

But while I love to see Superman meet Batman and Wonder Woman and Spider-man team up with DareDevil and Captain America, I'm not sure I'm a big fan of Superman meeting Spider-man. I love both characters, but for different reasons. They each have a different tone and feel that just don't mesh well with each other. And I don't mean just because one is heroic and the other is tortured, but there is a different feel to the Marvel Universe as opposed to the DC Universe. Their universes are just so different, that they don't make sense to me together. Am I alone in this? Even when the same writer and artist team work on the different characters, the work is so different. Take a look at Jeph Loeb and Tim Sale's Batman: The Long Halloween and compare it to their Spider-man: Blue or Hulk: Grey--they have totally different vibes.

But there are some characters and universes that make sense to meet. Teenage Mutant Ninja Turtles have had a lot of crossovers, and those have made sense. Hellboy has shown up with characters from other companies (including Batman) and it worked. So I guess I'm not against crossovers per se, but I want the crossover to make sense. I want the characters to mesh.

So does Wandering Koala meeting Wonder Woman make sense? I think so, and not just because I created Wandering Koala. I think they work, because Wandering Koala is a pulp-style hero, and pulp heroes seem to have the most flexibility because of the visceral place they come from. Pulp art and pulp fiction is as basic to humanity and human emotion as one can get, and for that reason it makes sense with other characters. Look at Tarzan--he crosses over with everyone in one form or another (KaZar in the Marvel Universe for example) and he works. Hellboy is pulp and works. Spawn in some forms is almost pulp and he made sense crossing over with Batman. The new Arrow series on the CW is a pulp interpretation of Green Arrow, and it works better than any other version of the character.

What do you think of crossovers? Do you enjoy them? Have any ever bothered you?