I've been working towards a style that is a mix of modern comics with early-20th century illustration. I wanted something with the incredible craftsmanship of those early illustrators but a modern, not-dated look. I've been approaching it from different angles, trying different medium, abstracting to differing amounts. 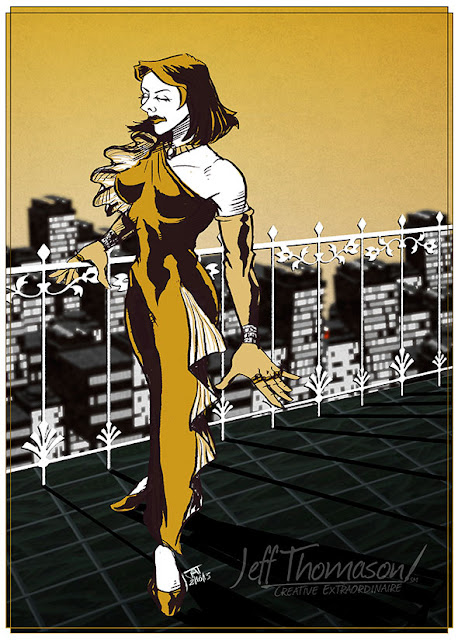 With these two drawings. I've combined several of these aspects and techniques that I liked, and I think I've found the style for my future publishing projects. It's cartoony, but well crafted. It's abstract with strong colors and shapes, but the harshness has been toned down. 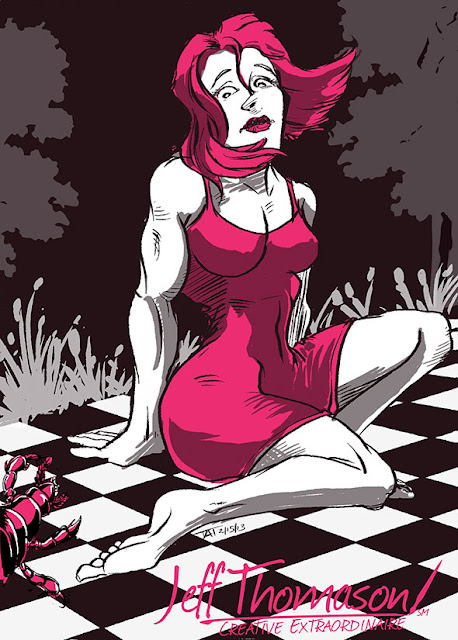 These were drawn in Corel Painter with a little help from Google Sketchup and Adobe Photoshop. I like the fact that they are all digital but look like I used a crow quill pen and a brush. So far I've received a very positive response on DeviantArt.

Let me know what you think.