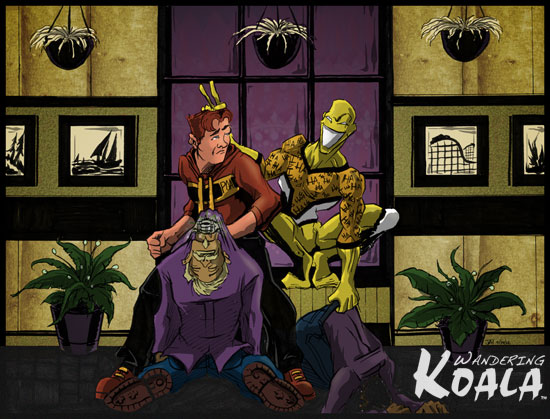 The Heckler was a great comic from the 90s created by Keith Giffen that ended way too soon along with Justice Society of America and Green Lantern: Mosaic. It was clever, witty, and made fun of so many conventions. I wonder, why didn't DC bring it back with its New 52? I really enjoyed The Heckler and wanted to see more of his adventures.


I used a painting texture style that I developed while illustrating a children's storybook a couple of years ago. I really liked the effect and thought it would suit this work. The line work was created with some funky Zebra disposable pen brushes I purchased at JetPens. I included the black & white version below. It works really well in black & white, something I always try to do. Not only do I end up with two illustrations, but if an illustration works in black & white, then it seems to work better in color. 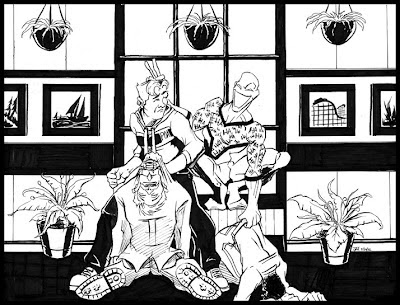